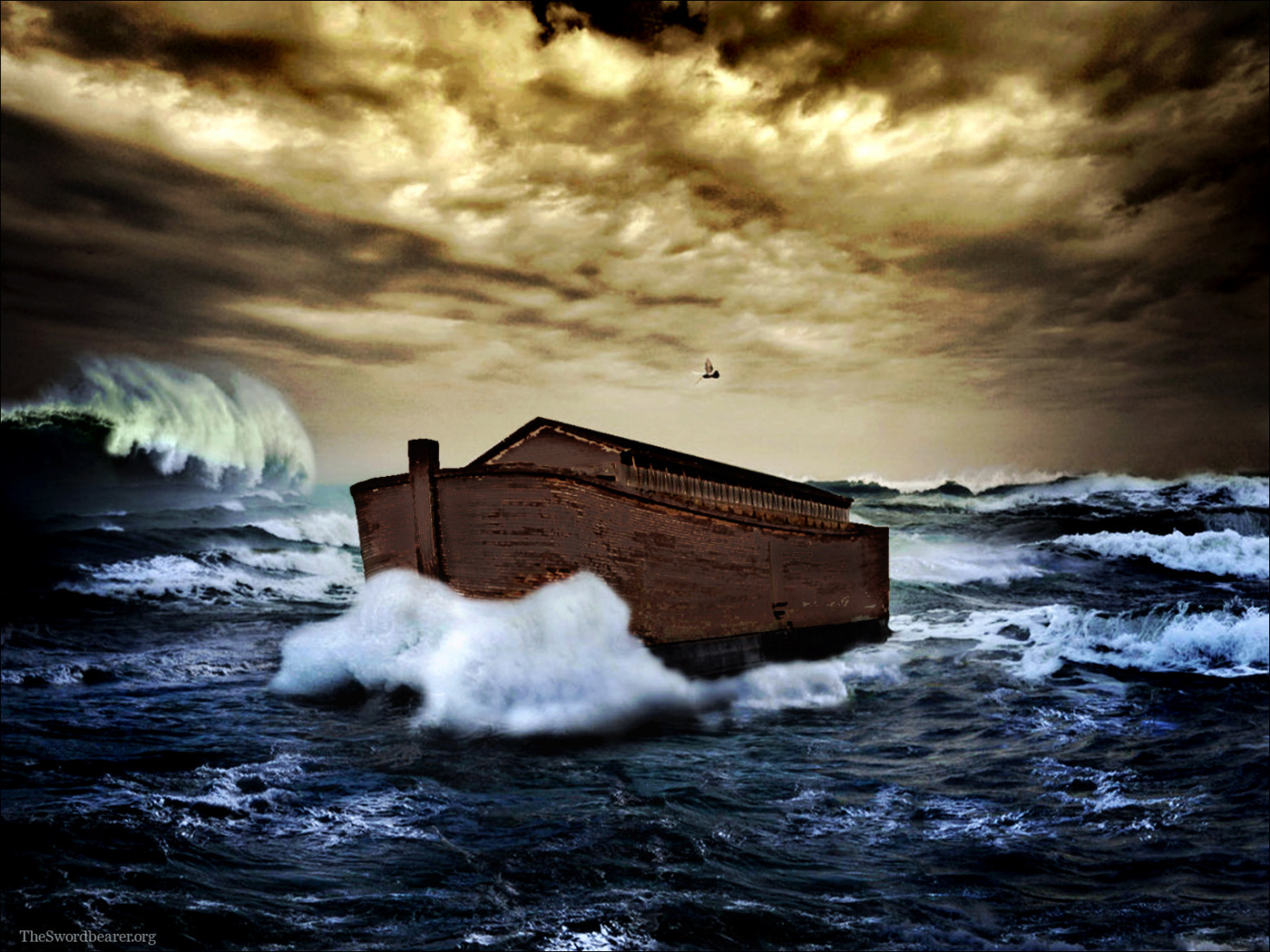 There is a song from the 60’s that goes “The times, they are a changin’.”  Well, many of us may feel that is relevant for the times we are in now.  In the earth we see tremendous upheaval, crisis, and changes.  How easy it can be to become swept away in that flood.  But in the spirit there is life and peace based on another flood that is meant to bring tremendous change within.  God the Father, Son, and Spirit are moving deeply in our midst and within us to bring us forth in Their image, as has been in Their hearts from the beginning.  If there was ever a time to awake and shake off passivity, now is that time.  Real change within can only come to us if we pursue Jesus with all our hearts, and yield to His inward dealings.  How wonderful would it be to emerge from “the flood” changed into His image like seen in Noah?  What if Noah slept through the storm or just passively waited out the days till the door to the ark opened?  I believe Noah’s heart was engaged in intimate relations with the Dove (the Holy Spirit) to guide Him daily through the messy ark with all its beasts to the New Creation God had in store for him at the end.  Noah would leave the ark ready to offer up the Son in sacrifice and fill the earth with a new spirit, a new fragrance.
Dear ones, my heart is with you, each of you, in all that you must bear during these days.  May we embrace the journey and its purpose.  It is my love for you that comes from the Lord that quickens my heart daily to continue to press in and pour out till “we all come” forth in His image together and enter in as One.  My prayers and my love are with each of you.
Yours in Him,
Randy
Main Article 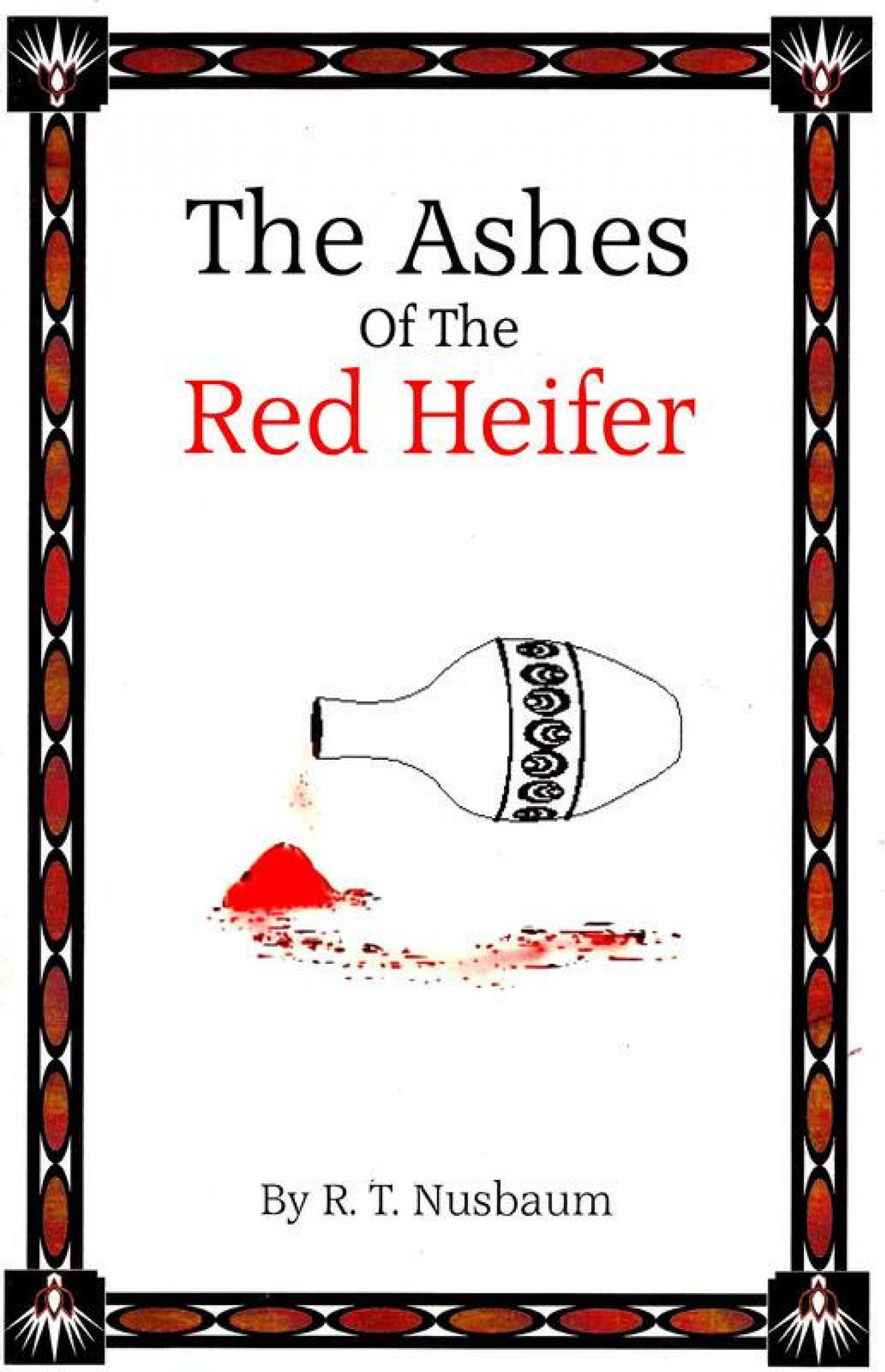 This month's article is the first chapter of the booklet entitled "Ashes of the Red Heifer."
Introduction

We can be assured that God knows what is important.  The first issue with God concerns life.  He is the God of the living (cf. Lk. 20:38).  The sanctuary that is Christ’s Body flows with life, and living waters gush forth from it.  All those who are touched by these waters live (Rev. 22:1, Eze. 47:1, 9), and within the “congregation” that is His Body the issue that remains central is life.

Death is the opposite of LIFE.  Christ is life and the fullness of His Body; therefore that which is dead has been cut off from Him.   The Law commanded that whatever or whoever had been touched by death had to be put out from among the people to prevent many from becoming defiled through contact with the dead  (cf. Num. 5:2).  These are spiritual principles that have meaning in the congregation of God even today.  We must understand what “touching death” applies to in our generation.

It still remains a mystery to many as to what exactly death is and what the true essence and function of that which is God’s Life is.  Even today someone could actually touch death while at the same time be pursuing Life without the ability to discern the difference.  It was this dilemma that Eve faced in the Garden of Eden as she determined to partake of the tree of the knowledge of good and evil.  She was yet unable to discern between life and death.  The fruit appeared good in her eyes, but when she partook of this tree she was brought into death.  As we will discover later, the knowledge of good and evil always leads to death.

The Scriptures declare that those who had touched death were unclean and had to be prevented from entering into the tabernacle.  They had become defiled by the death they had touched and were therefore unable to even approach a priest to sacrifice on their behalf since priests could only minister in the tabernacle.  When an Israelite had become identified with death by touching the dead, a mere offering to cover a sin was not going to remedy the situation.  The defilement of death that was in them disallowed entrance to find help within the tabernacle.  It is in this seemingly hopeless place that we discover God’s provision in the red heifer’s ashes.  These ashes speak of the very Spirit of Life and how God’s Life responds to that which is dead.

“He who toucheth the dead body of any man shall be unclean seven days.  He shall purify himself with it on the third day, and on the seventh day he shall be clean: but if he purify not himself the third day, then the seventh day he shall not be clean.  Whosoever toucheth the dead body of any man who is dead, and purifieth not himself, defileth the tabernacle of the Lord; and that soul shall be cut off from Israel; because the water of separation was not sprinkled on him, he shall be unclean; his uncleanness is yet upon him.”  (Numbers 19:11-13)
The Definition of Death
To become defiled by death is to touch that which has died and has been put away by God.  The act of “touching” involves making contact with something.  Romans chapter seven declares that a woman is loosed from the Law of her husband if he is dead.  Romans six states that our old man is crucified that the body of sin might be destroyed.  To continue in a relationship of identification with that which has been crucified could be considered touching that which is dead and determined to be put away forever.  The first Adam, the body of death, could be considered a corpse.  To touch this corpse means you are identifying with it as though you were one with it.

Those who have touched that which is dead in a manner of identification begin to receive another mind that will bear the image of that which God has put away.  This process of defilement brings them into a condition of death that is not “the dead in Christ”, but those who are dead to God’s way.  They are dead to the nature of Christ because they are partaking of death rather than Life.

When we are touched by death, our whole view changes.  We become critical of everything.  We find fault with others.  We lack any spirit of Life that would give itself sacrificially in order to remedy the problem.  We want to remain in judgment over the brethren in a manner that causes us to leave, pull away, or separate.  We may clearly see the problems but have no compassion on the ungodly.  We have become contaminated, and our contact with others only spreads division and discontent.
Death’s Delusion
Much of the time those who have touched death and become defiled do not perceive what has happened to them.  Many become deceived because the fruit they have partaken of was good.  Because we cannot tell the difference between “good” things that bring forth death and the life of Christ, we could feel a sense of righteousness even if our inner attitudes have grown brittle and critical.  The justification for our hard stance is that we see what the problems are while others do not.  Because we have yet to see the Lamb as Life, we embrace that which is good and right as the ultimate righteous cause and thereby justify our critical attitudes.  But in making such a stand we are giving up spiritual vitality because we are now functioning in death.  Our cause may be right, but our spirit is wrong.  This is seen in the fact that our words are harsh and our tone is unbending.  We have allowed the good that we perceive to deceive us to the true spirit and proper action.  This delusion will lift from our eyes only when we comprehend the true mind and nature of Christ.  In other words, we must become one with LIFE again and not just be right.

Though the remedy seems simple, few find it.  Why?  Because the dead justify themselves.  They revile back at the person who is wrong instead of demonstrating the Lamb.  They do not die for the ungodly, but find fault with them.  They have been cut off from the life and nature of Christ.  There is no mercy in order for them to obtain mercy.  Those who have failed are given the maximum sentence.  The whole place is wrong, and they feel no peace.  They believe the answer is fixing the problems and not in themselves.  Their condition is serious not only because of their defiled status, but because they are in a deceived condition.  To remain deceived keeps them among the congregation, which continues to cause everyone they touch to become infected.  They pollute the rest of the congregation.

Too many times we are quick to judge by the “smell” of things that are not right rather than the finished work of Christ.  Though Lazarus was raised, Jesus told them to take his grave clothes off.  The Lord did not want even the touch of death to remain upon Lazarus, for he was now free to move among the living.  His life after the grave was to bring not even the touch of death with him.  But we may become more aware of the smell that is yet upon him than the life that has just entered into him.
Videos
Below are Randy's two most recent blogs! 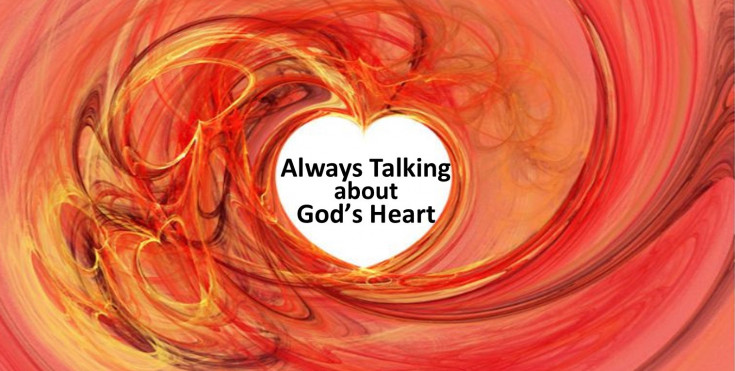