My Dear Family In Christ,

Well for us here in Texas the year 2021 has started out with a “bang”!   Not only do we have the Covid pandemic and all that comes with it from 2020 but we have broken records on how cold it can get here.  During the worst of it many of us had no power to keep warm and we had to boil the water that was unfit to drink.  But in the midst of it all (and much more) we have kept our eyes on Jesus.  Thank you for all the prayers that came from many quarters.  I am very appreciative to Jason and Nissi, Ben and Cassie, along with others who helped Deb and me to have the needed things during the worst of it.

Recently I was thinking about the message in John 12, particularly verse 21.  There we are told of some who sought the Lord.  They were not Jews but came to Jerusalem to seek something that had stirred their hearts.  They were Greeks.  Paul, in I Corinthians 1, stated that the Greeks seek after wisdom, but not these particular Greeks.  Their inquiry to the disciples was very to the point and uncluttered.  They said, “Sir, we would see Jesus.”  So simple!  Yet so many Christians are like Martha who was troubled about many things which pertained to serving Jesus.  We must realize that Jesus’ rebuke to her was not that she was cumbered and careful about things of the world but about what she was doing for Jesus.  It is for that reason that she asked Jesus to make Mary get up and come help her “do something for God.”  But Mary was doing something for God!  Beyond just a warm meal Mary was giving Him something that warmed His heart.

There is an amazing contrast found between what these Greeks were seeking and what the Pharisees were seeking of the Lord.  Paul also said that the Jews seek after signs.  Matthew 12:38 says, “Then certain of the scribes and of the Pharisees answered, saying, Master, we would see a sign from thee.”  So we have these Greeks coming from afar who are asking to see Jesus; desiring to see Jesus!  This theme should be the cry in the heart of every believer.  Mary was sitting at His feet feeding on Him and Jesus commended her for it.  The words from these Greeks should also be the one theme of every sermon.  The goal of the pastors is to feed the sheep.  To feed the sheep involves what?  It involves giving them of the flesh and blood of Jesus.  To do that, a minister must first long after seeing Jesus.  It is the answer to the condition of the church.  What else is life?  What else brings full stature?

What is the need?  We need to see Jesus.  When we get into a crisis what is the first thing we usually do toward the Lord?  The most common thing done by Christians is to seek Him to bring about some sort of deliverance.  But listen to David’s response in Psalm 27:13:  He says, “I had fainted, unless I had believed to see the goodness of the LORD in the land of the living.”  He didn’t ask for deliverance but to see the Lord, and to see Him in the land of the living.  In fact, in this verse David asked God for nothing, but put the responsibility on his own self.  He would have fainted if he hadn’t done a certain thing.  He “believed to see…”  Do you “believe to see”?

David’s heart was pure and completely not self-focused.  Matthew heard this key from the mouth of the Lord himself and repeated it to us for our edification.  In Matthew 5:8 he quoted, “Blessed are the pure in heart: for they shall see God.”  An impure heart is a self-centered heart that seeks God primarily for its own benefit and not for His.

Let us separate our hearts unto Him and make our primary request from God to be, “We would see Jesus.” "We Are His Branches" Song

Christ As Head
Jesus as King or Head?
Being Head of the Body is different than being king over a people.  The people under the king still have their own heads but the Body of Christ is not supposed to.  There are many who embrace Jesus as their King and think that this is the same thing as embracing Christ as Head.  There are both similarities and differences between being a king and being head.  King and Head give direction, but in different ways.  One by decree and rightness, the other by union into oneness.  A body cannot exist without the head.  It is not just the right to rule.  It is not just rulership.  The mystery is that the Church is Christ’s Body.  The mystery of Christ in you the hope of glory is this: all the treasures are ours by virtue of union from the resource of the Head.  Hold the Head (Colossians 2:19).  Hold the union.  All treasures are there with nothing outside of it.  The deliverance is coming on a completely new ground of Christ.  There is nothing made with human hands there—all things are of God.  We seek to know things or do things apart from union to the Head.  You are complete in Him (Colossians 2:10).  You cannot improve Him.  You do not go outside of Him for something, for it is not valid.

This headship thing is all-important, for it would be very easy for us to miss its meaning.  Christ being Head, to most Christians, simply means that He is the Boss and we follow Him.  While this has major elements of truth, it is HOW He proposes to be “Boss” that is important.  His rule as Head and King is not just meant to be done from a throne far away, but as He lives and manifests Himself in those that are His own.  In other words, Jesus wants to have His headship IN YOU and not just OVER YOU.
How Does Jesus Become Head?
How is Jesus made Head?  The mind is in the head.  We are not in need of learning some things; we are in need of an altering of our whole mental attitude and outlook.  When His mind sweeps through every part of the Body then He is Head.  If we allow perceptions, circumstances, or reasonings to gain the supremacy, then Jesus is our Redeemer but not our Head.  You are under the dominion of the senses.
The goal is not to calm our carnal minds and fears with earth answers and earth improvements; it is to put off the carnal way of thinking and to put on a whole new mind (Ephesians 4:22-24), for to be spiritually minded is Life and peace.  The goal is not even spiritual thoughts but a whole new mindedness (Rom. 8:6, 21).  The carnal mind is an enemy just like Satan.  Instead of trying to improve our "head" we need a whole new one; Christ... the Head of His body!

Victory over the carnal mind comes when ancient creeds are finally broken and new Life floods the branch.  Too many embrace their chains and forego Life.  They still wait for Jesus to show them the way and have never made the great discovery that HE IS THE WAY.  We don't think right thoughts; we become a channel for the one and only mind.  This mind feeds off of the highest source partaking of the real bread.
"Not Holding the Head"
“And not holding the Head, from which all the body by joints and bands having nourishment ministered, and knit together, increaseth with the increase of God.” (Colossians 2:19)

There is nothing wrong with the mind of Christ.  The problem is that there is a disconnection between the body and the Head.  There is no Lamb in our way of thinking, only in our need.  We seek answers for questions and provision for problems from a God far away rather than abandoning separation and embracing the oneness we already have with Him.  We have access to His mind at all times because He is the Head of the Body (Colossians 1:18).  Greater than a temporal touch and answers to the carnal mind’s confusion, we have the mind of Christ (1 Corinthians 2:16).  The Lamb becomes our nature and way, bringing forth in us something greater than answers and temporal touches.  Yet this flow only happens as we uphold the Head and let His mind be in us (Philippians 2:5).
The Practical Way for Jesus to BE HEAD
“He is the head of the body…” (Ephesians 1:23)

We are the body.  What does the Head give to the body?  The eyes are in the Head.  This means that we lose our “body” or “physical” viewpoint and learn to see things as He sees them.  We have no other view (no other sight) but His.

The ears are also in the Head.  We no longer hear based on our “bent” but have hearing ears.  We only hear the voice of the Shepherd and another voice – we do not hear (John 10:4-5).

The mouth is in the Head.  We speak what the Word says – and not based on being a separate individual or based on what it is we want to say.  The Lamb opens not His mouth when falsely accused (Isaiah 53:7; Mark 14:55-61).

The mind is in the Head.  We no longer go by our thinking and reasoning patterns.  His mind must control His body.

“Every man did that which was right in his own eyes” (Judges 21:25).  The problem was not that they were producing sin.  The problem was that they did the initiating.  What they did was not wrong but right.  They did not do what was wrong but what was right in their own eyes.  They were functioning as their own head and living in separation.  Their view of the situation was on the basis of “their own eyes,” which meant they were evaluating everything as the head, instead of allowing Christ to be the Head of His body.

To approach daily life on the basis of Jesus being our Savior but not our Head keeps us separate from the Life flow of oneness that God has provided for us through union into His Son as Head of His Body.  Rather than being our own head, or crying out for answers from a God far away, may we uphold Christ as our Head from Whom all fulness flows into His Body.
Videos
Below are two videos - a blog that Randy did a while back that would be a great revisit!  And one of the recent Adonai sharings from the Firstborn class. 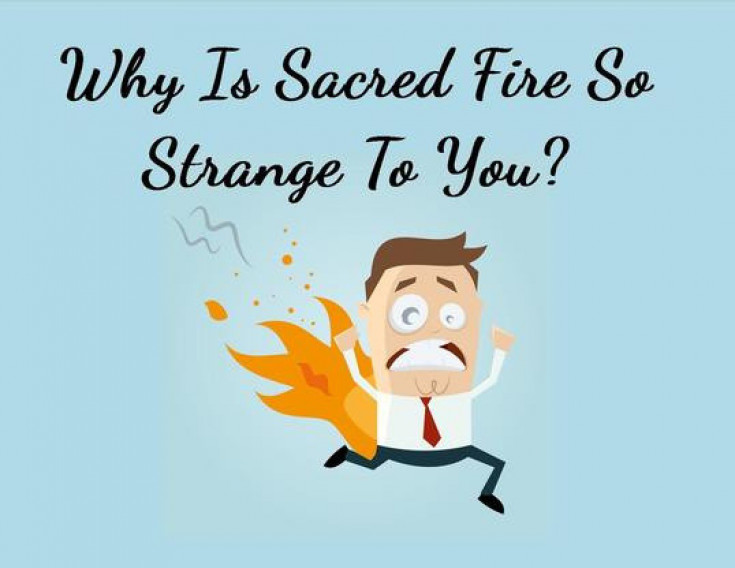 Blog #38
Why Is Sacred Fire So Strange to You?

Firstborn #83
Adonai Speaks by Isaiah To Those In The Corridor