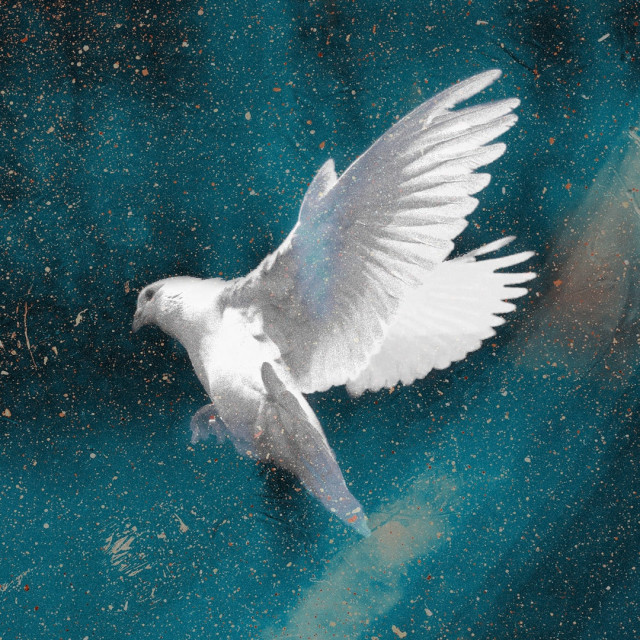 Thank you for your hard pursuit of the Lord in ways that go beyond the teachings and are for Him to have more.  Love for Him motivates us deeper than regret, fear, or sorrow over past failures.  Love will push us past every obstacle into the Lamb and His Father and Their eternal life that can carry us where we could never go!  Joshua told those who were about to enter in, “Be strong and courageous. Do not be afraid; do not be discouraged, for the Lord your God will be with you wherever you go” (Joshua 1:9).

It is my 73rd birthday this year this month, and I never thought I would live past 72!  But here I am, and here we are…  together seeking Jesus with all our hearts.  Paul said it well in his letter to the Philippians when he wrote, "For to me to live is Christ, and to die is gain.  But if I live in the flesh, this is the fruit of my labor: yet what I shall choose I wot not.  For I am in a strait betwixt two, having a desire to depart, and to be with Christ; which is far better: Nevertheless, to abide in the flesh is more needful for you. And having this confidence, I know that I shall abide and continue with you all for your furtherance and joy of faith; That your rejoicing may be more abundant in Jesus Christ for me by my coming to you again” (Philippians 1:21-26).

I shall abide and continue with you all for Christ’s sake as long as our Father allows.  And each day we are given to walk together I pray that “your rejoicing may be more abundant in Christ Jesus.”  My one purpose for existing is that Christ may be glorified in us more and more.  And I cannot imagine a group of people I would rather serve than those the Lord has put me with… and that is you all!  Paul said well again in I Thessalonians 4:19-20, “For what is our hope, or joy, or crown of rejoicing?  Are not even ye in the presence of our Lord Jesus Christ at his coming?  For ye are our glory and joy.”  Dear ones, you are precious to me even as you are precious to our Lord.  I love you, I thank God for each of you, and the privilege of serving my Jesus by serving you, His body.

In closing I just want to thank all of you who have remembered me and Deb in our financial needs during this pandemic.  You are more than wonderful for considering our lack.  May the Lord richly bless you and take care of your families and your needs.  I am so humbled and grateful for your care and your love.

Main Article
This month's article is the third of ones coming from Randy's personal journal entries, starting back in 1999...
Sufferings of Christ
Part Three
It is true that part of the reason God sends trials into our lives is to bring about patience and an acceptance to whatever His will brings us.  But these things will never be incorporated until the self-life is relieved of duty.  Our life will plead with God to take these circumstances only so far.  Also, self will demand that Jesus show us how these things will end with some glorious, triumphant ending.  We will allow self to push God for such things, thinking this is noble and right.  Such are the actions of the man who is arrested and placed in a nice cell with a lawyer.  Changes only begin to take place in the depth of the dungeon when long since visitors have ceased coming and all hope for a “fair” trial are gone, for there will be no trial.  You have been accounted as guilty with no hope of reprieve.

Once death and rejection are accepted, then new light shines and new ways of viewing things are considered.  If you are the Lord’s and have lived a life for the Lord regardless of your failures then, if you die, you die unto the Lord.  And if you live, you will continue to live unto the Lord.
For the son of God - those who take the task of conforming to the Lamb - no trial is accidental.  Once you choose to be “after His kind” then all is not just allowed by God but ordered by Him.  Nothing happens by chance.  It is therefore foolish to groan over trials or murmur as Israel did in the wilderness.  It is also foolish to questions how God could allow such a devoted person such as yourself to have to go through such injustice.  We make the issues that of justice and fairness instead of death bringing forth life.

We are not just trusting that God is on the throne and able to deliver us.  We believe that, as Christ on the cross, God wants us to bear about in our bodies the dying of the Lord Jesus.  We are not pawns but players.  Those who are issuing forth and afflicting are the pawns.  They are like Shimei to David.  The issue is not the real issue; the cross is the issue.  “Men by wicked hands” may crucify the Lord of glory, but only through the cross He is able to cause even “the wrath of man” to praise Him.

In “cross trials” like Christ on the cross, God may not show Himself as “a very present help in times of trouble.”  He is closer than that!  He is inside of you, laying down His life and suffering the just for the unjust.  The Garden of Gethsemane and the cross were not full of words of confidence.  There was suffering and rejection that had to be borne.  God does not remove those things.  During “cross trials” God should not have to force reputation, pride, and self-justification out of your hands.  Those things are to be a willing sacrifice.

In this death, you do not seek for God to conquer your enemies, but for your own fears, pride, and justifications to be conquered.  We should not run from these trials, but embrace them and rejoice to be counted worthy to suffer as one with the Lamb of God.
We think that “all things work together for…OUR GOOD.”  This is not so.  As in the case of Jesus, all that happened to Him on the cross did not work for HIS GOOD, but for ours.  Death may work in us that life may work in others.  There may be no glorious end concerning ourselves that we may look unto and draw strength to endure the rest of the trial.  No bright future!  It becomes an issue of giving the Father the Lamb and that others may partake of the power of His resurrection.

Much pain and agony can come to us by not knowing if “any good may come of this.”  Comfort to our flesh is found in knowing specifically the good that will be produced or who will be helped.  In this way, later we can point to something with pride and say that we had a hand in it.  Even if those who were helped do not acknowledge us (though the flesh will cry out over this injustice), at least we can glory in our own death and take credit for others’ “successes”.  But a true death leaves nothing alive.

When in the middle of all the attacks, the personal insult and injury can be excruciating.  But there comes a different kind of pain after all subsides.  Joseph in the dungeon in Egypt was eventually no longer the object of ridicule by his brothers nor of Potiphar and his wife.  Down there, he because out of sight to all.  It seemed that the promises were lost and that somewhere along the way he must have missed God.  It felt as if the Lord was no longer with him and as if God no longer saw Joseph any more.  That is how it felt.  But, though all was as dark as it had ever been, resurrection was soon to take place.  However, obscurity and shame seemed to be Joseph’s lot.  People hurt you and do not appreciate you, but soon it is no longer the pain of people’s acts of affliction but you die of neglect.  You are alone with your own thoughts and feelings.

I have rushed too quickly to tell the end when there are so many issues to be sorted out.  When first cast into the overwhelming trial like a man who falls overboard into a raging sea, there is always the great and insurmountable question: WHY?  When things rise so quickly, to such a tide, we are overwhelmed, frightened, and confused.  If we are given the answer as to why we are caught up into such a great flood, we will immediately set about to rectify the situation.  We will repent for our own sins or rebuke the parties responsible or make whatever changes necessary as long as we know what to do.  We are eager to get the answer so we might set forth at once to remedy the situation.

Strangely enough, this is the VERY REASON God can not give you the answer to your question, “WHY?”  You will languish and agonize long and hard to get God to answer you, but, in this arena, He will give you no response.  Why is this so?  Though not the final and full answer to this riddle, there is one reason that rises again and again.  This trial is the “great flood” and unlike other of the past.  It could destroy everything.  If the trial were manageable we would do as we always do – resort to our own strengths and abilities.  But, as in the case of II Chronicles 14:11 when the amount set against us is an impossible number, then we realize that only God can help.  Not ourselves nor all the friends, funds, or resources we have amassed can stand against such overwhelming odds.

If we are ever going to survive this, God will have to intervene somehow.  The longer the trial lasts, the more we go to God to negotiate a peace treaty.  Since we have no real clue of what the real issues are, we offer God all sorts of things and resolutions, if He would only act on our behalf – and quickly.

We fail to realize that God has had it with all our successes for Him and our “fair show” in the flesh.  He does not want us to rely on Him and His resources in this one great trial, but has set Himself to break the back of our self-sufficiency and self-will.  Christ must now be formed in us.

Below are two very special sharings - a short word of encouragement called "The Armor of God from David's Perspective" and the most recent blog from Randy!

The Armor of God from David’s Perspective