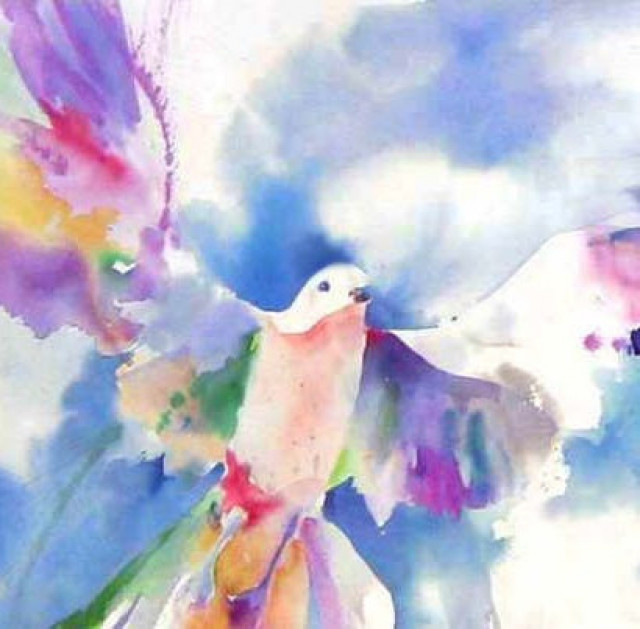 As we continue to be knit together in the bonds of Christ, there is something happening beyond the teaching and ministries that belongs to the heart of our Father.  He is receiving an increase of His beloved Lamb-Son… through us. Because of your hearts that love Jesus more than the things He gives and does for us, something is happening beyond us that ministers to God Himself.  It means more to me than words can define to be joined with a people through whom we can offer up more of the Son together.

In the times of your trials dear ones, don’t be ashamed or afraid but rather run into the very heart of Jesus and let Him give Himself in sacrifice to the Father through you.  In this way, we are His in His eternal ministry and nothing is separating our bonds during the forging times of our trials.  Let us pray for one another that the things of His heart would continue to overshadow all that we are going through.  Let His love for others fill your prayers as together we press in to be with Him in this way.

Thank you for your hearts for Jesus, you each are a precious gift to my heart!

Main Article
The Mystery Known by Revelation
The Greek culture, which was universal at the time Jesus lived, was well acquainted with the concept of “a mystery”.  A mystery, as they understood it, was not just a thing that was difficult to grasp or attain, but an embedded secret that could not be cracked, as if it were a secret code.  Its meaning had to be revealed or it would remain forever unknown.  This means that no amount of learning can open it.  All study is futile toward gaining entrance to its contents.

Even so, spending time with Jesus, hearing His words, and acknowledging His teachings got one no closer to Him than an outsider.  When He spoke, some heard parables that needed explanations and clarification while some would hear the very mysteries of the kingdom unveiled.

In these verses, Jesus clearly outlines the fact that no one can know who the Father, nor the Son, is, except it be revealed.  The Jews felt sure they knew God based on years of religious observance and attendance.  Surely they must have all heard countless sermons on the subject?  They even stood against Jesus, proclaiming their knowledge and closeness with God, but Jesus insisted that they did not know Him (John 8:19, 54, 55).  It is no different today.  Multitudes claim they know Him, but few know anything about what is termed by Paul as the Revelation of Jesus Christ.

Men who have been trained in Bible colleges and seminaries feel that they know God above the average believer, yet most of them were never informed to pursue the revealed Christ.  Books and teachers have been their only source of information.  But we can be assured that Jesus is not making Himself known in a manner that is contrary to His own words previously spoken.  The wise and prudent are no better off today than they were when Jesus walked the earth.

I am not necessarily saying that the information these people possess is wrong or heretical in nature but simply that it is not based on God revealing His Son.  Reading the Bible and coming away with certain true facts is still not what Jesus had in mind for us.  Such men may feel superior because they have labored long and hard to know the Greek text or to gain superior Bible knowledge but, if that knowledge becomes superior to the revealed Christ, then all that has taken place is that God has taken the wise in their own craftiness (I Cor. 3:19).  Believing that God exists and having the person of God revealed as your life are two different things.  Paul plainly told us that there still remains a veil over our eyes in the reading of the scriptures and only revelation will remove it (II Cor. 3:14-16).

The same requirements are applied to those who walked with Jesus for three and a half years.  He told them that He had to go away with the intent that the Holy Spirit would come and reveal Him. "Have I been with you so long, and yet you have not known Me, Philip?" (John 14:9).

Philip expected the revelation of a glorious mystery to be opened to him by Jesus.  He was not expecting the revelation to be Jesus, Himself.  He felt he already knew Jesus and was ready to go on to something deeper.  We are constantly making the mystery of God something that is going to be instead of that which is.  Most people put their hope for the future in the great things God has yet to unfold.  However, the mystery of God is not in what is going to be -- it is now, though we look for it to be revealed in the future in some overwhelming, momentous event.

Philip wanted to be in on a special revelation of supernatural proportions when he said, “Lord, show us the Father . . .” (14:8).  The great unveiling came in the pointing to Himself as that revelation.  “If you’ve seen me, you’ve seen the Father.”  Philip was looking for something that wasn’t already right there. Our deal is more about what God can do for us than it is what He does in us.  Jesus’ view was different.  We want supernatural experiences not life within.

Later on, Paul came along and wanted to know the Lord.  He spent three years in Arabia where he came to the revelation of Christ (Gal. 1:16-18).  Revelation is needed to have the mystery opened.  That is why Paul refers to it as the “mystery of God… which is Christ in you the hope of glory” (Col. 1:25-27).

This mystery includes union with Christ and being seen as one in resurrection (Gal. 3:26-29; Eph. 2:12-15).  Together these verses clearly show that what we were in terms of Jew, Gentile, slave or free, male or female, are eliminated and now oneness with Christ in His life and nature is preeminent.  Being fellow heirs and of the same body.  This resurrected New Man is now OUR BODY.

Paul’s goal was to present "every man perfect in Christ Jesus" (Col. 1:28). The word translated as "perfect" in Col. 1:28 is from the Greek word teleios, which speaks of completion in terms of having nothing lacking.  This means that union into Christ the way a branch is grafted into a vine provides us with all the resources of His life and nature.  We have Jesus as our complete provision.  Only oneness provides this, therefore the thing Paul is not stating is that he is working toward presenting perfect individuals to God, for that would void out the mystery.

Salvation for some believers involves not going to hell or ceasing from sin but it all misses the mystery.  It fails in the area of finding union with Him as one and as life.  It only draws on the benefits provided by the mystery but never uncovers it.  The mystery contains the elements for what it is that pleases God while the other things miss it.  The fact of the church is not the mystery but is meant to express it.  We speak of marriage unions but “this is a great mystery, but I speak of Christ and the church” (Eph. 5:32).  It is the mystery of two becoming One.  We divide the married couple and put the church on earth with the groom in heaven but they are united, not just in marriage but in One.  What God has joined together let no religious concepts put it asunder.  The church is not one thing and the risen Lord another.

In Ephesians, there was a mystery that God had not been fully revealed until after the resurrection of Christ.  It was kept hidden in the heart of God, waiting for the right time to be made known (Eph. 3:9).  God used the apostle Paul as the vessel through which to unveil this secret (Eph. 3:3-5).  This mystery is embodied in the following truths:

What is given to the church - the mystery or the ability to know the mystery?  Formerly, it was not even made known that such a thing as the mystery existed.  He has been a God who hides Himself (Isa. 45:15).  Only since the church do we even realize that God has a great revelation that He wants to reveal.  However, though we live in the time period where that mystery is available, it still must be revealed.  The revelation of the mystery does not automatically come to those who get saved.  At salvation, they may read in their Bibles about the revelation of the mystery but they themselves must have God open that to them also.

Jesus Christ is the Mystery which has been hidden for ages and generations but is now made manifest to the saints (Colossians 1:26, 27).  However, though the New Testament speaks freely of the reality of Christ, it is still like listening to parables if the Spirit does not reveal it.  In other words, the New Testament does not reveal the hidden reality of the Old Testament but the Holy Spirit reveals the hidden reality of God.  Without Christ being revealed, what was previously hidden is still hidden.  The New Testament scriptures may explain the realities in Christ, but we will not get it simply by reading.

This mystery does not pertain to being opened to the world but to the church.  The mystery pertains to how God plans on going about changing lives.  He plans on accomplishing this by union with Christ and Christ within.  It is such a mystery because people have sought salvation and not the mystery.  Once saved, they have reverted to the old ways of trying to please God – human effort.

The apostle Paul even said that Christ is God’s mystery (Col. 2:2). The good news we share with the church is “the mystery of Christ” (4:3).

The only difference between Old Testament saints and New Testament is that we are told there is a mystery, but it still must be revealed TO THE SAINTS.  Not even angels knew of the plan.  Then, there was no way of knowing the plan existed, but now we do.  This should cause us to have it revealed.  The way Paul got it was through revelation, and he declares to all saints that the only way they will get it is through revelation also.

"The Mystery Known by Revelation" Article

Two new blogs!
This month we are sharing the two most recent blogs - shorter sharings packed with the Word and the Lord's heart!  We pray they are a blessing!

Blog #71
What Is The Deal With Darkness?

Blog #72
How To Come Out Ahead - Defeating Pro-Self 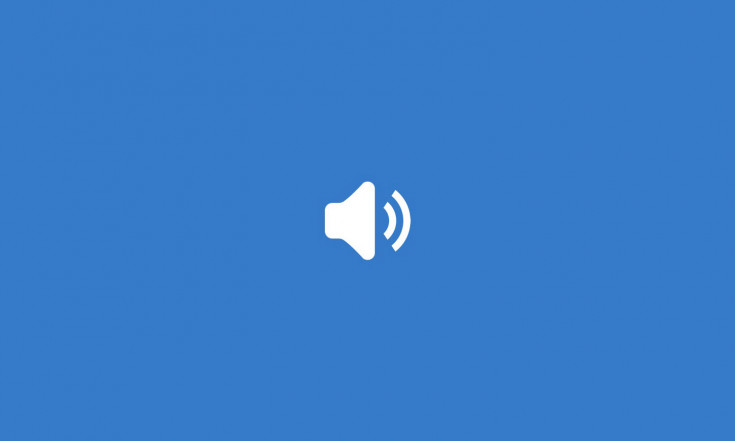 Blog #71 Audio
What Is the Deal with Darkness? 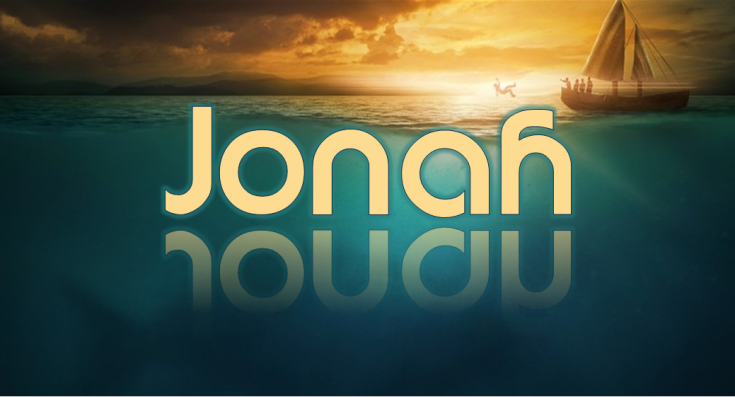 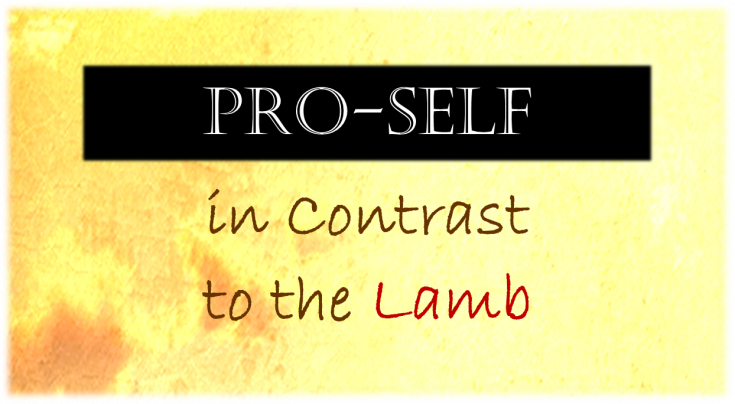